‘The Year of Living Danishly’ by Helen Russell

It was well timed, but I finished reading a book about moving to Denmark in pursuit of happiness shortly after the Brexit vote came in. I’d actually put the book to one side for a while, but inspired by the maelstrom of stupidity following June 23rd’s vote, I decided I needed to carry one.

It had been noted by number of people, but over the last few years I've grown increasingly interested in moving somewhere like Denmark. Indeed, after a couple of occasions visiting my friends Matt and Signe in Copenhagen, I feel like this isn't simply a pipe dream.

The Year of Living Danishly by Helen Russell was actually bought for me as a Christmas gift by a colleague with a Norwegian partner. We had had a couple of conversations about my growing love of Scandinavia and so, clearly having remembered some of our chats at break time, she definitely won the award for 'Best Thought-Out Gift' last year.

The book tells the tale of the author, a former editor for Marie Claire magazine, moving to Denmark when her husband, humorously named Lego Man, gets a job working for Lego (obviously).

The book is structured as a diary focusing on how, month by month, Russell and her husband adapt to Danish life. Each month has a different focus whereby another aspect of living like a true Dane in the world’s happiest country is the subject – kanelsnegles, feminism, language, culture, immigration, work-life balance and, most importantly, something that has now become important in my life, hygge. 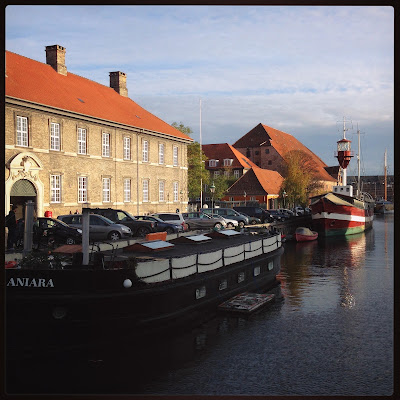 A book about moving to a new country in order to achieve a happier way of life, albeit one in Europe, could very easily become something of a pseudo-spiritual load of nonsense or an overly-emotional bucket of sentiment devoid of any imagination. What is safe to say is that Russell’s book is completely the opposite of this.

In fact, it is her excellent research of the subject matter, honest humour and willingness to mock herself and Lego man that carry the story forward. It’s almost a perfect lesson in the Fail Forward philosophy – in other words, don’t be ashamed to say you’ve made a hash of things and move on from it.

There are a variety of incidents, both touching and humorous, that keep the momentum of the book going, with the learning process being helped along by a cast of similarly amusingly-titled characters: American Man, the Viking, Helena C and friendly neighbour.

What Helen Russell does is make the step of moving to Denmark sound eminently achievable. Whether  or not I follow in her footsteps over the next few years we’ll have to wait and see, but, after reading this book and the result of the Brexit vote, it’s definitely one step closer.

‘My Midsummer Morning’ by Alastair Humphreys